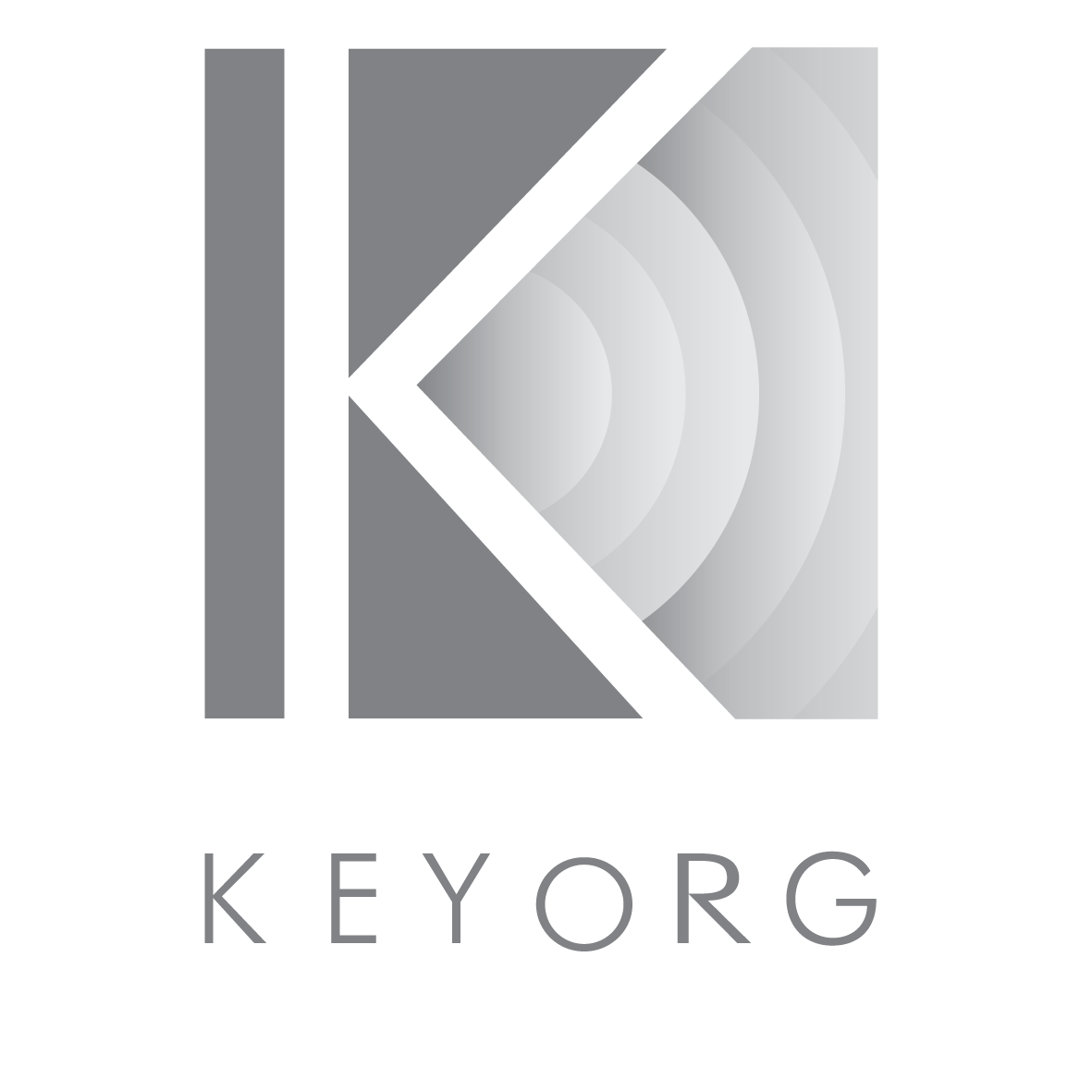 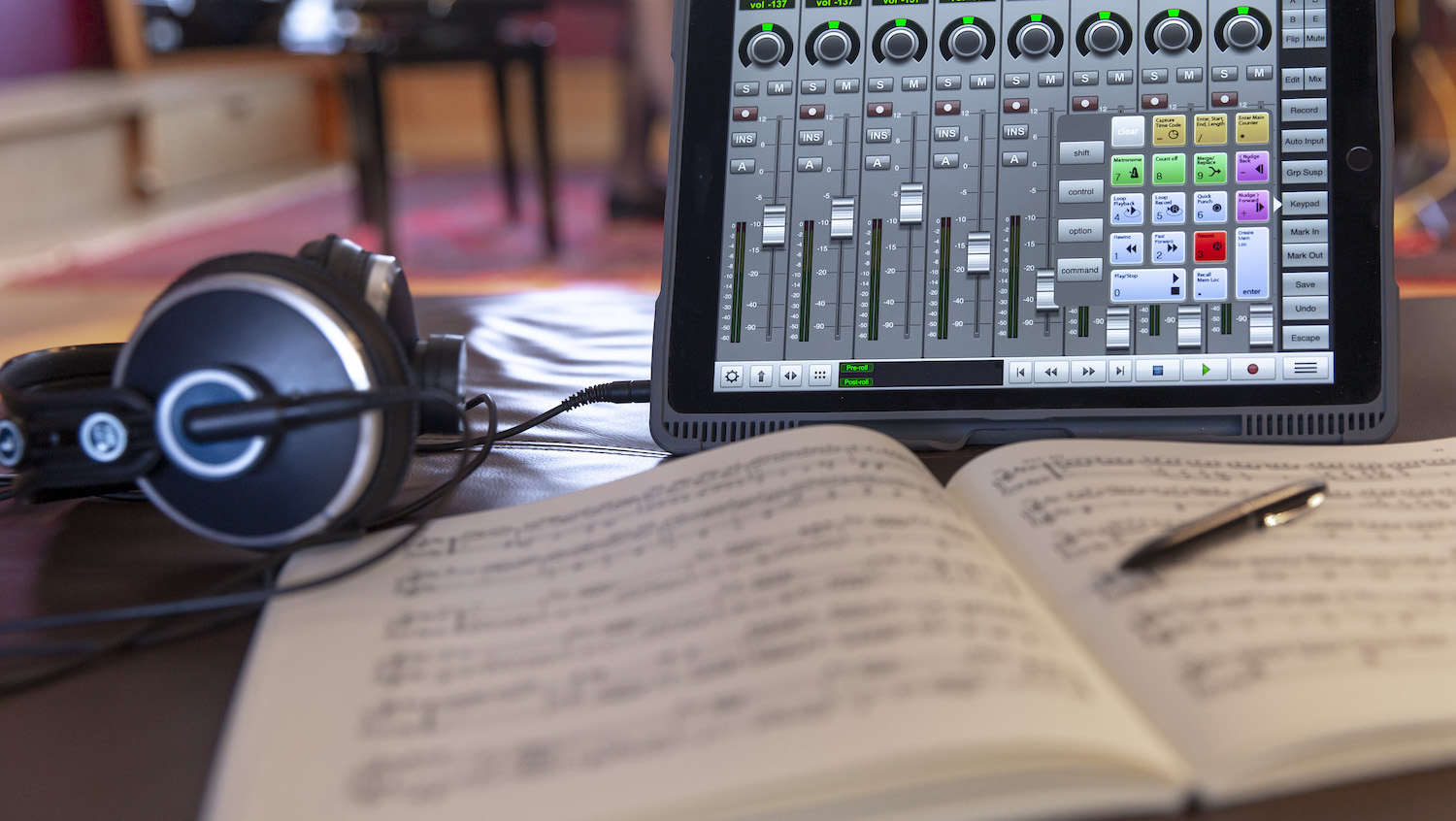 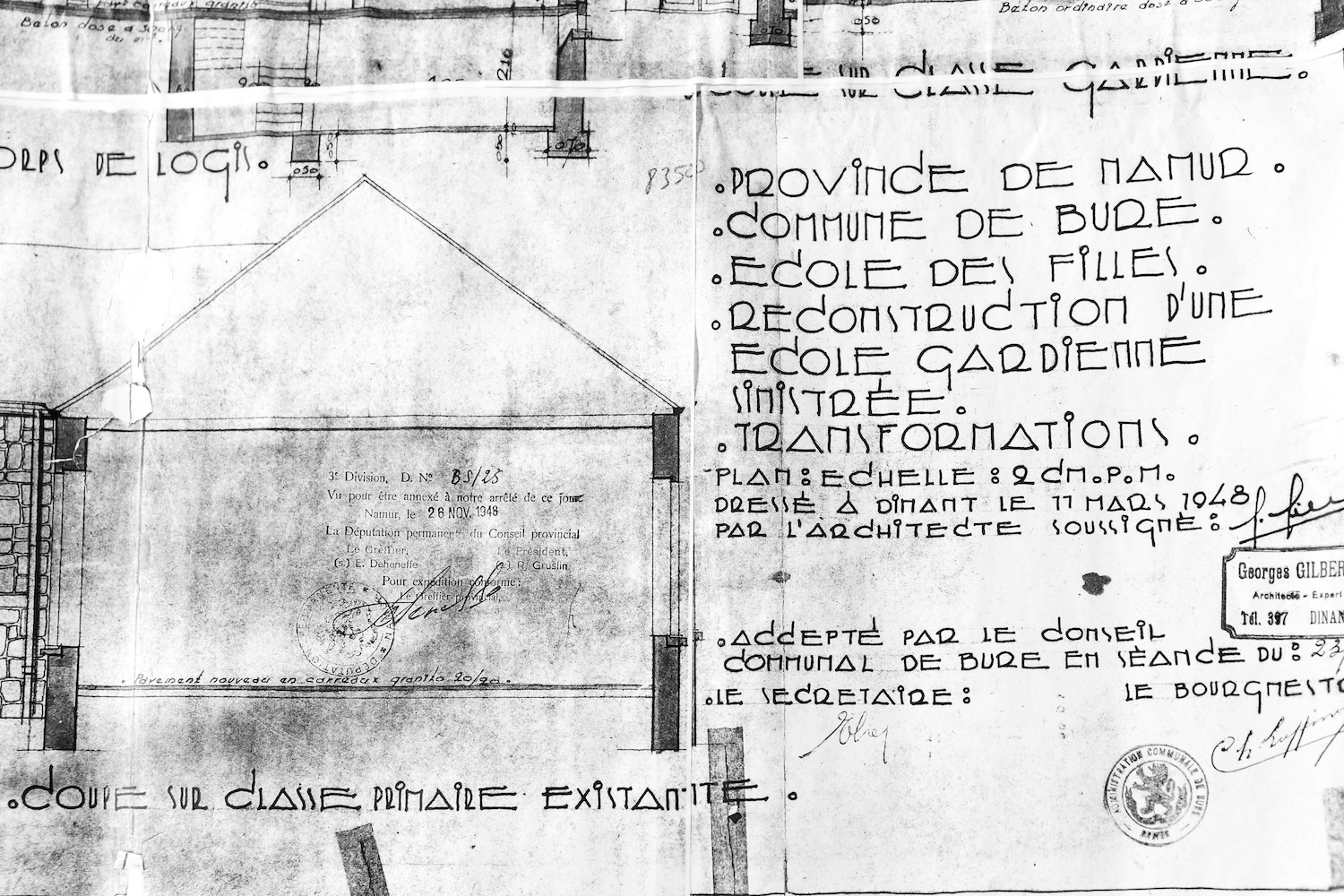 Before thinking about creating a studio,  I was looking for a little house in the countryside. Living in a city for a long time, having -too much- traveled as a consultant, I wanted a quiet place. From the 60s generation, I was thinking about an old barn that we would renovate in a peace & love yet comfortable style. I knew well the region, as I was a member of a caving club in Han sur Lesse. After unsuccessful visits, I tumbled by chance (luck is something :))on a few lines in a newspaper during a picnic: “school for sale”. Sparks in my eyes…It would be our place, my next journey. Neighbors were surprised to see one city guys in this large building. I never regretted our choice, despite hard times during the improvements works. The idea of a recording studio was singing in my head and became a reality years later.

Surrounded by the music of the 60s, 70s and 80s, individual liberties, 68 s student revolution, big bands and new music, I was naturally attracted by rock and pop music. Like thousand of young people, I learned the guitar (fan of Cat Steven) and then move to keyboards with the first synthesizers…it was so exciting, everything was to done. I started a band “Terra Nova”. Reference was Yes, Pink Floyd, Supertramp, Genesis… Music equipment was very expensive at that time and we tinkered a lot. We had our moment of Glory, playing for Amnesty International in Brussels, at Bozar in 1982, just before well-known artists: we were very proud. Recording a “33rpm” at the time was very difficult, if not recognized by a major, personal production was almost impossible without big financial support. The studio was firstly settled up for my personal need (soundtracks, short movies, compositions). Then I remembered how difficult it is for artists to find a structure to realize their projects and I started helping artists and bands. The feedback “without you we would never have succeeded” is my best reward.

Having graduated from IAD (BE) in 2012, I did some collaborations in studio or live, making several albums, EP’s and European tours as sound engineer, mixing, music arrangement and musician. I play drums in studio & live (Thyself, Recorders, Thot, Løyd, Black Mirrors, Oh Mon Dieu). What I particularly like is artistically and humanly being impressed by new contacts, continually in the process of becoming, and not closed into things that I can usually do. 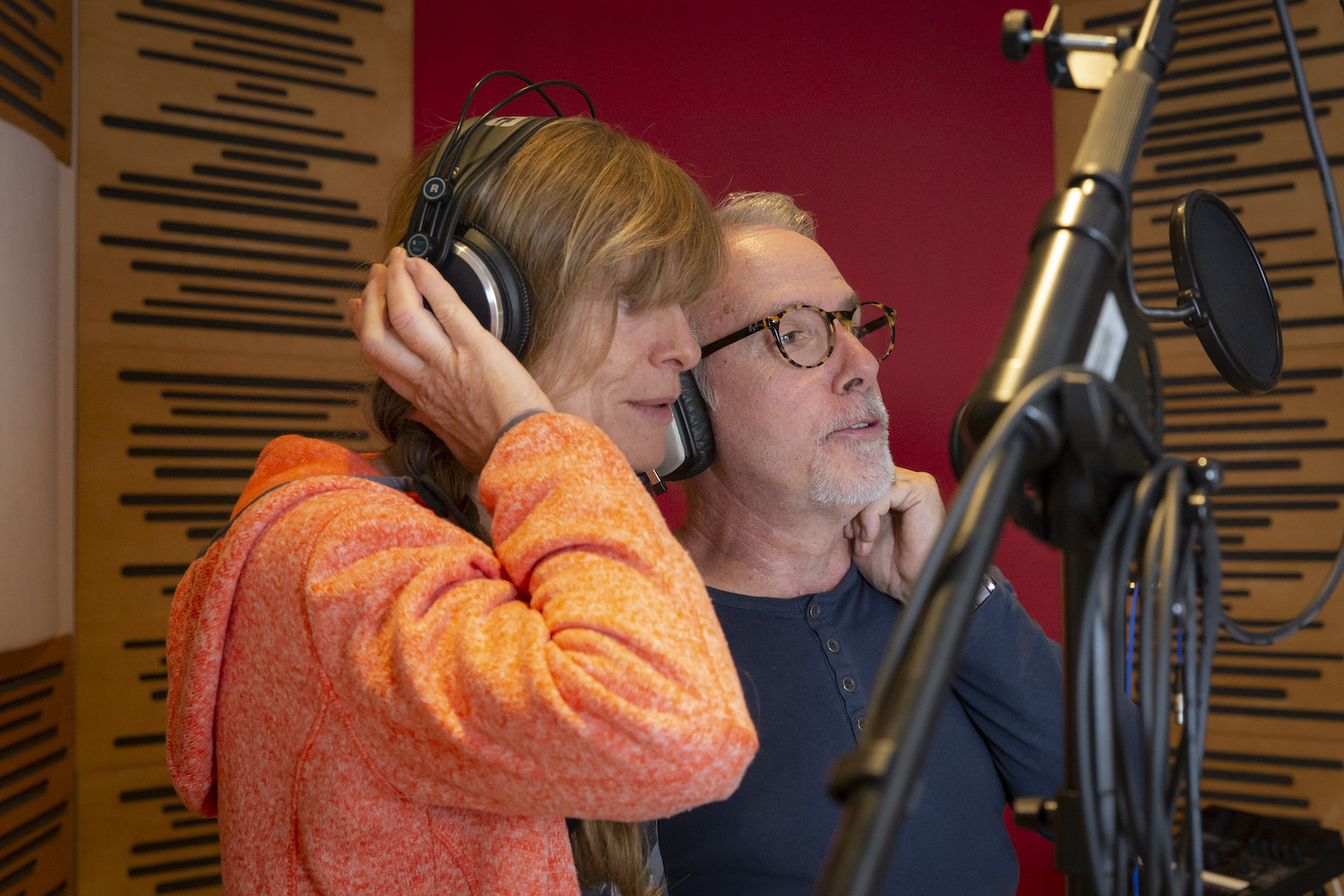 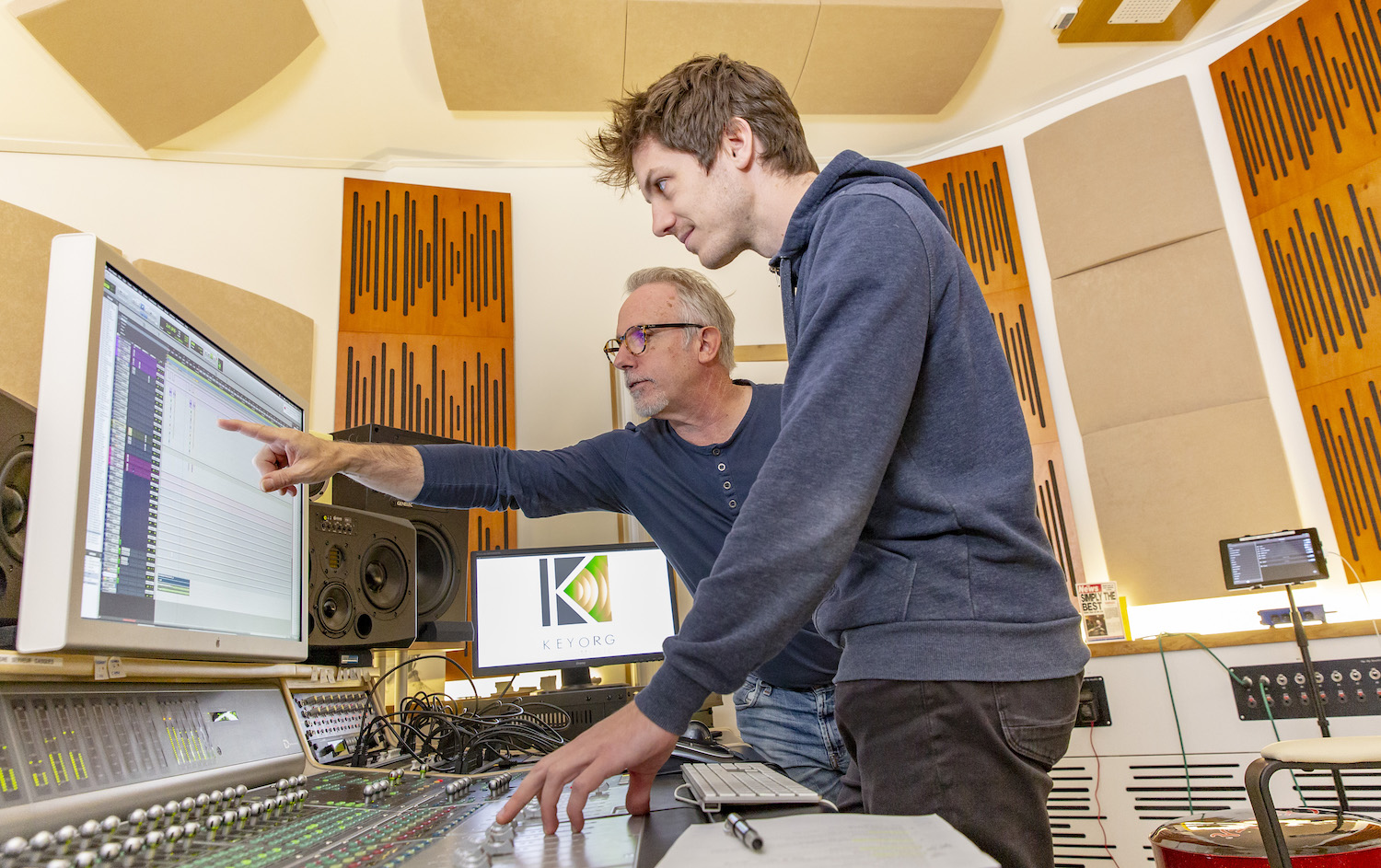 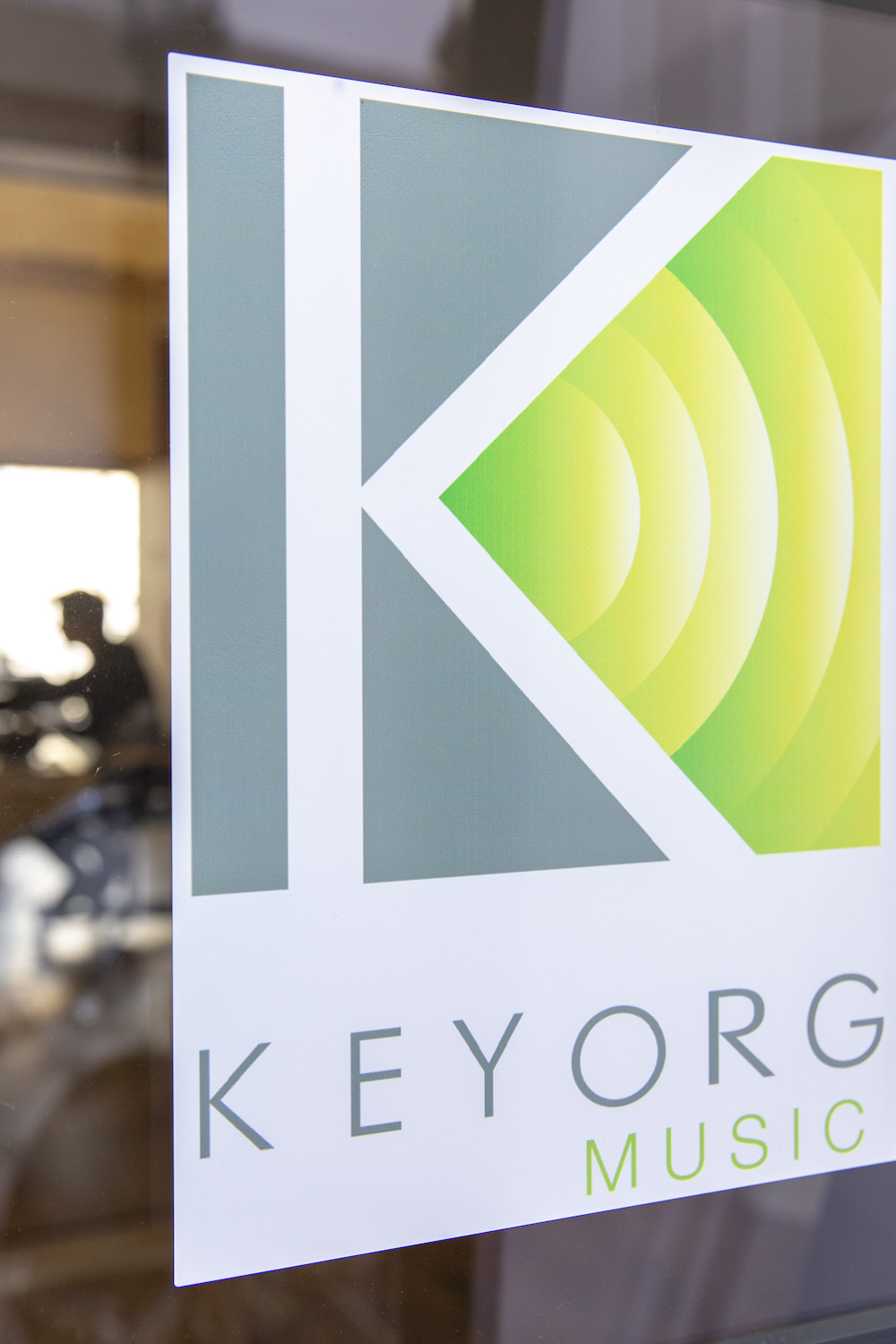 Arnaud, Jean, Jonatan, Charles, Paul, Nathalie… it took us 3 years to actually built the studio. For the musical tech part we had AMPTEC support, namely Danny, Harald et Christophe.
Arnaud de Graillet (EGDFS) was our prime contractor and technical coordinator; we spent hours and many evenings talking over a drink, discussing, conceiving plans and solutions again and again. We wanted professional and high tech equipment, a cozy and design environment.
The whole place is designed about music. The living room with 2 grand pianos is used for classical music. Small outdoors concert can take place in the courtyard : we organized concerts for our wedding and for the studio launch party.
Organic food, beautiful natural surroundings, accommodation in the vicinity, a warm welcome awaits all musicians.
We propose affordable packages, tailor made, and we sometimes go beyond what was agreed, just because we feel like doing it … we don’t have shareholders to report to …
We are very happy to discuss projects and work with classical and jazz musicians: we have dedicated material, the right space and we listen to their specific needs.
Feedback from our clients and friends makes the best marketing practice; being located in the countryside is not a problem it seems !